Coming Into Being​​
The Work of Personal Awakening​ 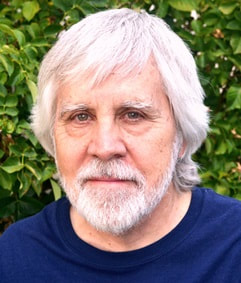 As an evolving Being, you come into the human experience with the possibility of bringing into realized living expression that which you are in the very essence of your Being. This is the work of personal awakening, the act of coming into being. Your task here is to awaken and make real the god-given attributes, capacities, gifts, potentials and creative power you are endowed with in you most essential beingness. This is the evolutionary work of your own soul. In practice, this is the formidable challenge of your human life. It is the actualization of the Being you are created to be, the realization of the way you are made. When you come into this work with me, I take you through the consciousness work that gets you to the fullness of this realization. My role is to help you along the path to the highest and truest expression of your own true nature.

During a session, I help you consciously reach into the depth and expanse of your own consciousness to do the work necessary to actualize those aspects of your essential nature that are meant to be brought into realized expression. You reach into that dimension of your beingness where your true self resides and directly and intimately engage those forces of consciousness that govern your very existence. You take the necessary actions to enliven those forces seeking vital expression and work to free yourself from those limiting forces that are not of your essential nature. This is the gist of the work.

There is a force of movement within the core of your Being that is your natural movement into the highest and truest expression of who and what you are in essence. The Being Work aligns with and engages this movement as the action of consciousness that is your path into the awakened state. During a session, you delve into whatever this force presents as the next necessary step in the awakening and realization of your true beingness. In general, the work is a process of discovery and correction, a process of cleansing and creating. It is informed by your own higher levels of consciousness and by those Divine agents that support your process of coming into being. You gain clarity about your own awakening process by dialoguing with those conscious aspects of your Being such as your spirit, soul, heart and body, and with those other dimensional Beings that are assisting you in fulfilling your purpose here. During the work, I hold a space of consciousness that supports this process. It is a space full of divine presence.

The work is aimed at coming into the wholeness of your Being by bringing the higher dimensions of your beingness into presence in your human self. This is the act of merging your higher consciousness with your human consciousness, embodying your own spirit and soul into your human essence. There is an integration of your sacred and divine essence into your human self by embodying as a living presence the light, love, truth, and abundance that reside in your essential beingness. What you arrive at is the state of being that is true presence.

Awakening requires freeing yourself from the mental beliefs, programming and identity structures that keep you in states of limitation. In the work you elevate your consciousness into the infinite knowingness of the Source Consciousness itself, freeing your human psyche from illusion and projection into greater truth and reality. There is an opening into your cellular consciousness and its natural unity with the expansive power and intelligence of the universe. In essence, awakening is the shift from mind-based reality and consciousness to Source-based reality consciousness.

The work is about the realization of your true power. In the work, you claim ownership of your own essential beingness and your inherent creative capacity. It’s an exercise in using your power to evolve yourself into greater expressions of your true beingness and to set up that which you are here to do. You open the channels of your own creative stream which enables you to step out of any paradigm of limitation and into freedom. Where necessary, you wrest power away from those forces that block you from living in less than the whole of your Being. It's an exercise of giving over to the natural flow of your life. An empowered existence is the practice of acting in reverence for only that in your consciousness which reflects who you are in essence

Coming into being is the demonstration in your human life of the Being you are in essence. It is the unobstructed, uncompromised, uninhibited, free and powerful expression of that which makes you the Being you are. The objective of the Being Work is the embodied and actualized presence and expression of that which you are as a Being of Source. The work is an exercise in claiming who you are in essence and fearlessly radiating and transmitting that into the world. If you came in with a sacred mission, the work sets you up for the fulfillment of that.

This is pure consciousness work. It is not based in any spiritual or psychological discipline or modality; it is based purely in the nature of your own individual consciousness as it reveals itself through the process. Each work session is intended to provide you with a shift into a more awakened and realized state. On a session-to-session basis, there is a progression into greater freedom and capacity to live according to your true nature. The work can lead to a fundamental shift in your way of being. People who enter into this work with me experience the session work as an essential component of their journey to a truly conscious and empowered existence, their journey into their true Being.

As an incarnated soul at this time on this planet, you have the responsibility to contribute to the paradigm shift that is necessary if we are to preserve the human species and provide for a positive future for human civilization and the natural world. The committed work you do toward your own awakening, your own movement into being, is how you fulfill this responsibility. The crisis currently facing both humanity and the natural world has arisen from the relative absence of a conscious human lifestyle. Conscious living is an expression of true being. It is life lived sacredly in heart-centered and enlightened oneness, unity, harmony, and balance. Our global crisis will not abate until enough individuals have made a shift into greater trueness of being. Every incremental movement you make towards living in the true essence of your own Being adds to the mass of consciousness needed for a new global paradigm. The consciousness work I provide supports your personal contribution to the elevation of our global consciousness and your own individual role in the evolution of the human species.


TWO RESPONSES TO MY WORK

Gary is a revolutionary spiritual teacher and life-changing coach of evolving consciousness, with whom I have worked for over two years of almost unaccountable transformation that has gently and profoundly guided me toward a level of wholeness, empowerment and freedom I had previously been unaware was even possible for me to experience or embody in this lifetime. Gary’s calm presence, expansive perspective and truly revolutionary teachings have had a tremendous impact not only on me but also on clients from all over the world for decades. Working with and learning from Gary has been nothing less than life-altering and life-affirming for me, in more ways than I can adequately articulate beyond simply saying that the process with him has both aided and supported me in becoming more fully and deeply the person I was originally designed to become. I cannot recommend Gary, his process or perspective highly enough.  – Dora McQuaid, Taos, New Mexico


I have had direct experience with some of the world’s greatest spiritual teachers, and among these Gary Altrichter has had the greatest impact on my life. I am often awed at the depth of Gary’s understanding of the nature of Consciousness and the human condition. It is one thing to have the conceptual understanding, another to be able to communicate it with clarity, and yet another to realize the mastery to live it in the world as Gary has. Gary is profoundly effective at assisting people in their Self-Realization and/or God-Realization, and his absolute commitment to Truth, Love and Oneness allows each client to fully explore their own unique nature. Gary has taught me by example how to assist others doing Consciousness work and I am forever grateful for the tremendous part he plays in my unfolding, awakening and realization. For those who are moved to live a life based in Truth, Love, Oneness and the incredible Freedom that is realized within, I wholeheartedly recommend doing Consciousness work with Gary Altrichter.  – Bodhi Jeffreys, San Marcos, California